One of my favourite projects from last year, The Feed, which I helped develop for Getty Images is being used by the IOC to help tell the story of the Winter Olympics on Facebook. 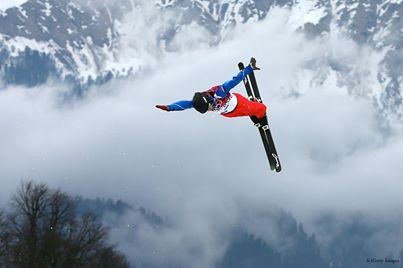 I'm speaking at a Getty Images Curve Live event on Wednesday evening. There's a panel discussion about "the rise of visual social media". More info over on the Curve site. You can tweet questions for the panel with the #CurveLive hash tag.

This post originally appeared on the Altogether Digital blog.

The economy is in crisis and the government announces its latest budget in an attempt to try and dig the country out of the deep economic hole that it is currently in. Whichever side of the political divide you’re on this is clearly serious stuff.

I’m certainly no economist, so last night I tuned into Channel4 news for some serious analysis of what’s going on. There was a panel of experts and politicians from across the spectrum discussing the political and economic fallout from the budget. Mid-debate something strange happens; Jon Snow interrupts and they cut over to Krishnan Guru-Murthy who’s sat in front of a PC reading out detailed economic analysis (in 140 characters or fewer) from random people on Twitter.

Now these people aren’t actually random. They’ve tagged their tweets with #c4budget, as @krishgm has asked them to do throughout the day. But I don’t know who they are and have no idea whether they know any more about the economics than Vince Cable or Mickey Mouse.

I’m a big fan of Twitter, it’s brilliant for lot’s of things but detailed economic analysis isn’t really it’s strength. But it’s easy to see the attraction for the ITN news team, who produce Channel4 news:

They don’t have to send someone into the street to get the usual vapid one liners from people stood at a bus stop (which was how the 10 o’clock news on BBC1 gathered public reaction). It makes them look like they’ve got a finger on the pulse of the electorate and shows that they are technologically innovative. It’s cheap TV.

However, there’s a bigger issue here. I’m watching Channel4 news because it can do something that I can’t: get leading politicians and experts in a room and hold a debate on the budget. Searching twitter for #budget is something I can do in a matter of seconds. We don’t really need to have a publicly owned (and theoretically public service) TV station paying someone to read out tweets on air. It’s a bit like getting Simon Schama to Google the year Henry VIII was born.

But of course with media companies around the globe struggling to find new business models that will continue pay for all of these annoyingly expensive journalists, this could well be a depressing foretaste of what’s to come.